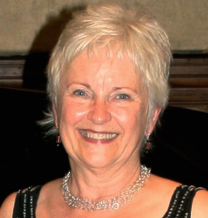 Linda Hirt, who made her New York Carnegie Recital Hall debut under the auspices of the Concert Artist Guild, has performed and taught and on both sides of the Atlantic Ocean. Among her professional achievements are live radio appearances in New York and Chicago and recordings for Vanguard Records and German national television.  As founder and artistic director of Musica nelle Marche LLC, she has shared her passion for Italian music and culture with hundreds of aspiring young artists. Ms. Hirt is a vocal coach and mentor at DePaul University School of Music where she also served as Vocal Coordinator for ten years. 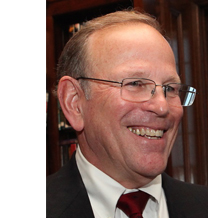 Geoffrey Hirt Ph.D. is an internationally known author of finance and business textbooks that have been translated into more than 13 languages. Dr. Hirt taught at DePaul University in the Department of Finance for 30 years and served as department chairman for 11 years. While at DePaul, he directed international MBA programs in Hong Kong, Bahrain and Prague. He has also taught in Italy, Poland, Germany and Thailand and has a great appreciation for international education. He is currently on the Dean’s advisory board and executive committee of DePaul’s School of Music. He also serves on the board of directors of the James C. Tyree Foundation, a Chicago based foundation that funds innovative educational programs in the Chicago area. Since 2007, Dr. Hirt has been the general director and business manager of Musica nelle Marche LLC. 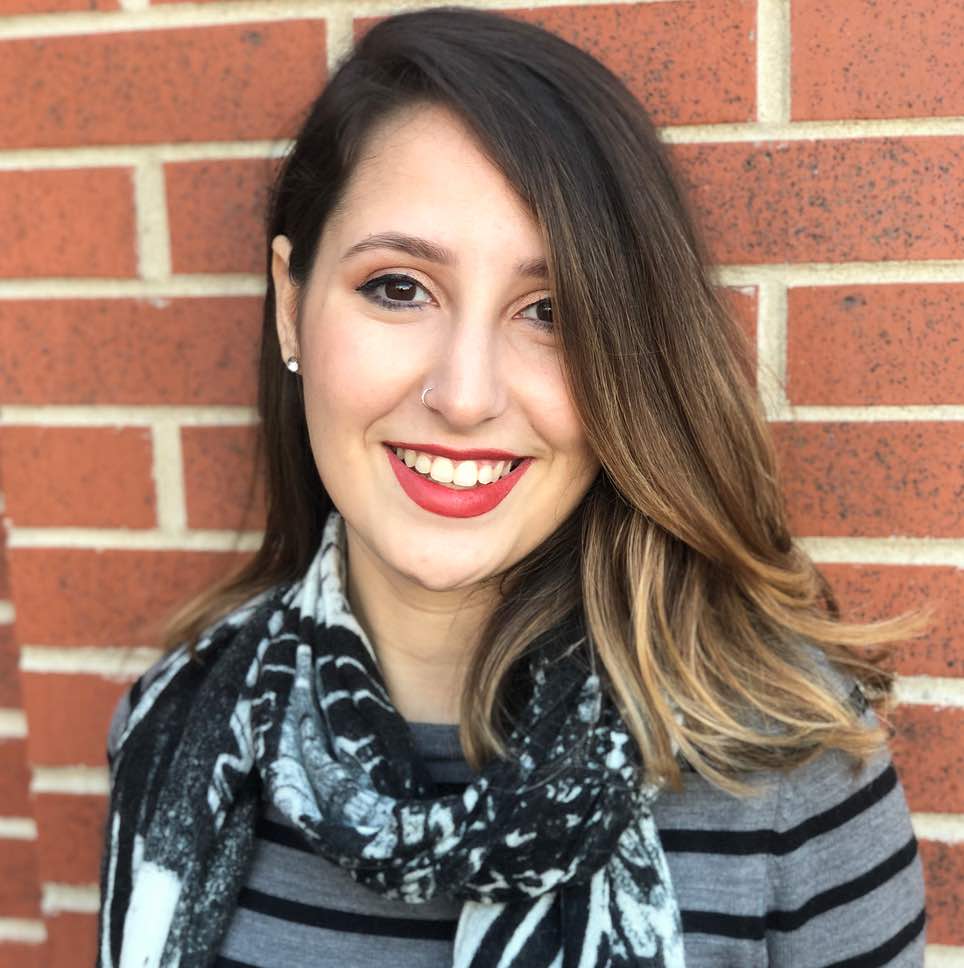 Mia Tamburino is a language enthusiast, traveler and singer of opera. She holds a Masters Degree in Vocal performance from DePaul University. Mia has performed in many classical performances around the US and Europe. As a teacher, Mia has worked with students of all ages and levels. She has taught a wide variety of subjects including: Italian, Spanish, English to foreign speakers, and Voice lessons. She considers herself to be a positive, kind and enthusiastic person. Mia is a lover of all things Italian, including the food, culture, music and language. She can’t wait to start working with everyone this summer, showing them the best parts of Italian culture and the beauty of Urbino. 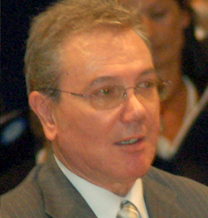 Maestro Massimo Sabbatini is a well-known Italian conductor who has worked with Andrea Bocelli and Daniela Dessi as well as other international performers. He is an accomplished pianist and opera coach and Musica nelle Marche is delighted to have him on our faculty.

He received a diploma from the G. Rossini Conservatory of Music in Pesaro, Italy where he studied violin, composition and orchestral conducting. He is active as a violinist, pianist and conductor of orchestral and choral music. He has taught choral and orchestral conducting at various Italian conservatories. His choirs have performed throughout Europe and recently performed at the University of Paris where a standing room audience greeted his choir. 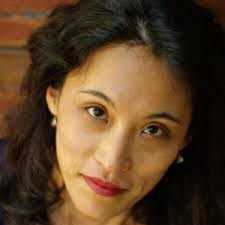 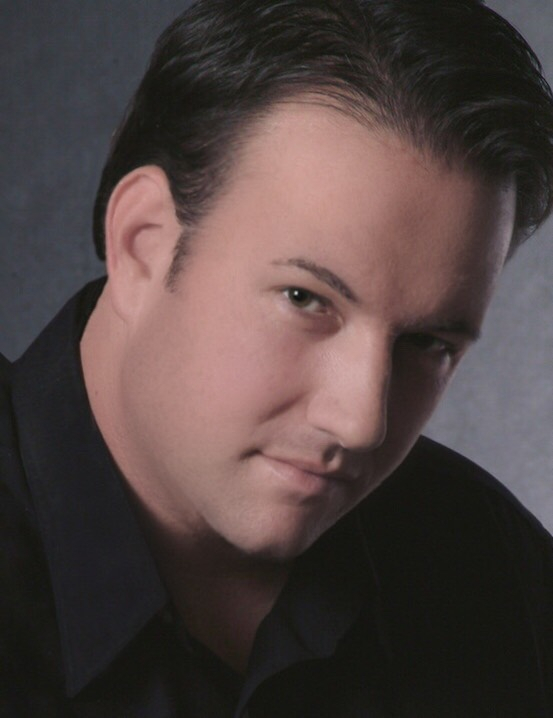 Praised by Mark Swed of the Los Angeles Times for his “stentorian, strong tenor”, Scott Ramsay is highly regarded by Opera companies and Symphony Orchestras across North America and abroad for his dynamic performances in varying repertoire. 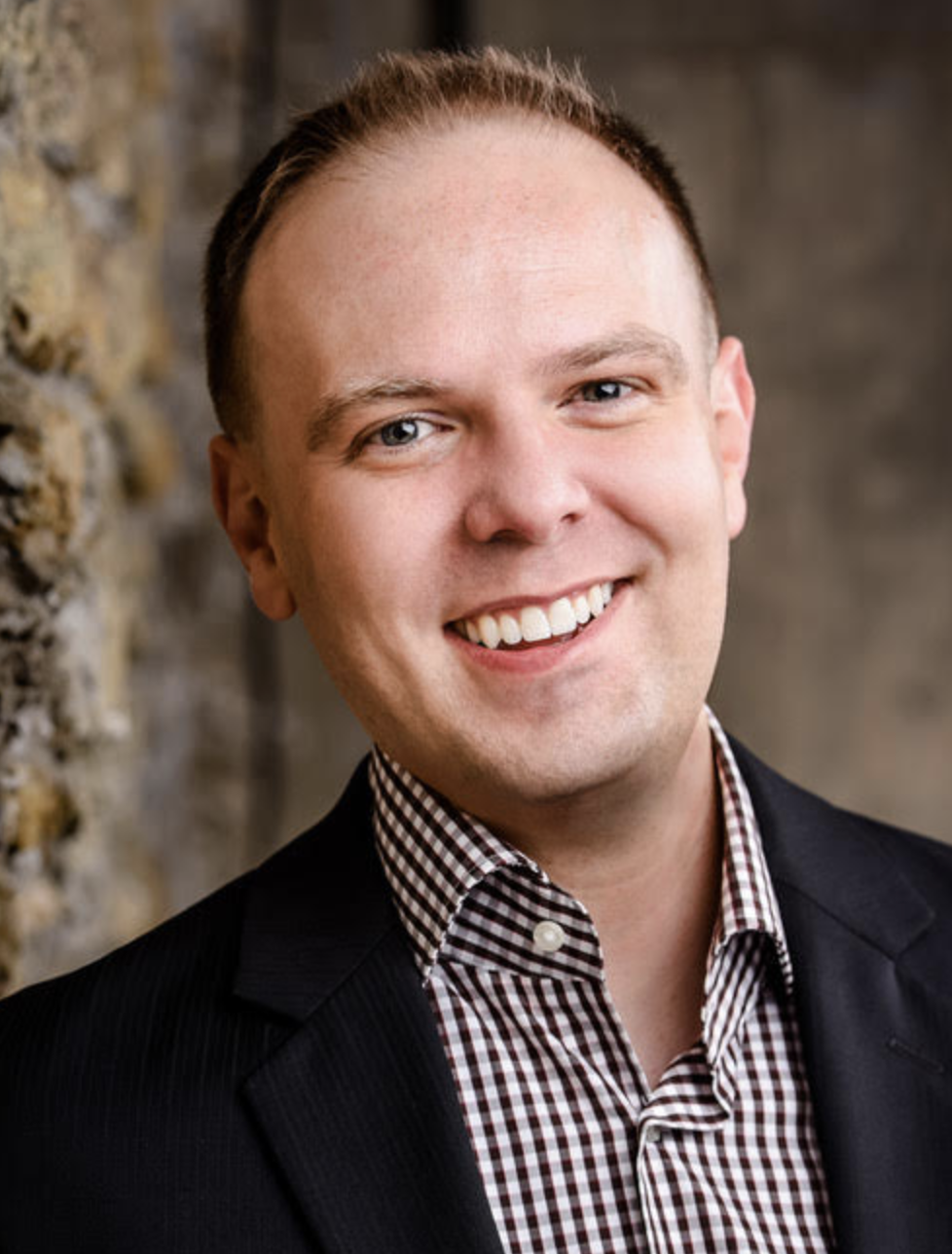 Eric McEnaney enjoys a multifaceted career as one of America’s foremost opera pianists and vocal coaches, having assisted on the musical preparation of more than 100 productions for companies throughout the country. Dr. McEnaney served as Principal Production Pianist & Coach at Florentine Opera Company for four seasons, where he oversaw the musical preparation of a dozen shows and two world-premiere recordings, Sister Carrie (Aldridge/Garfein) and the Grammy-nominated Prince of Players (Carlisle Floyd). He is currently a Master Coach for Minnesota Opera and serves as Music Director for Opera Reading Project, a role-reading series for working and aspiring Twin Cities singers. Dr. McEnaney has worked as an orchestral keyboardist for Minnesota Orchestra, Milwaukee Symphony Orchestra, St. Paul Civic Symphony, and the orchestras of Minnesota Opera and Central City Opera, and also serves as an official pianist for the Metropolitan Opera Laffont Competition. As a recitalist, he has collaborated with singers from the rosters of the nation’s leading opera houses and has assisted many of the most renowned vocal artists of our time in masterclasses and private coaching sessions. Dr. McEnaney’s performances have been broadcast locally and nationally on PBS, Great Performances, American Public Media, Minnesota Public Radio, Colorado Public Radio, Twin Cities Public Television’s Almanac, KSTP-TV’s Twin Cities Live, and WCCO-TV’s Mid-Morning. He holds advanced degrees in piano performance and collaborative piano and maintains a private coaching studio in Minneapolis, where he also resides. www.ericmcenaney.com 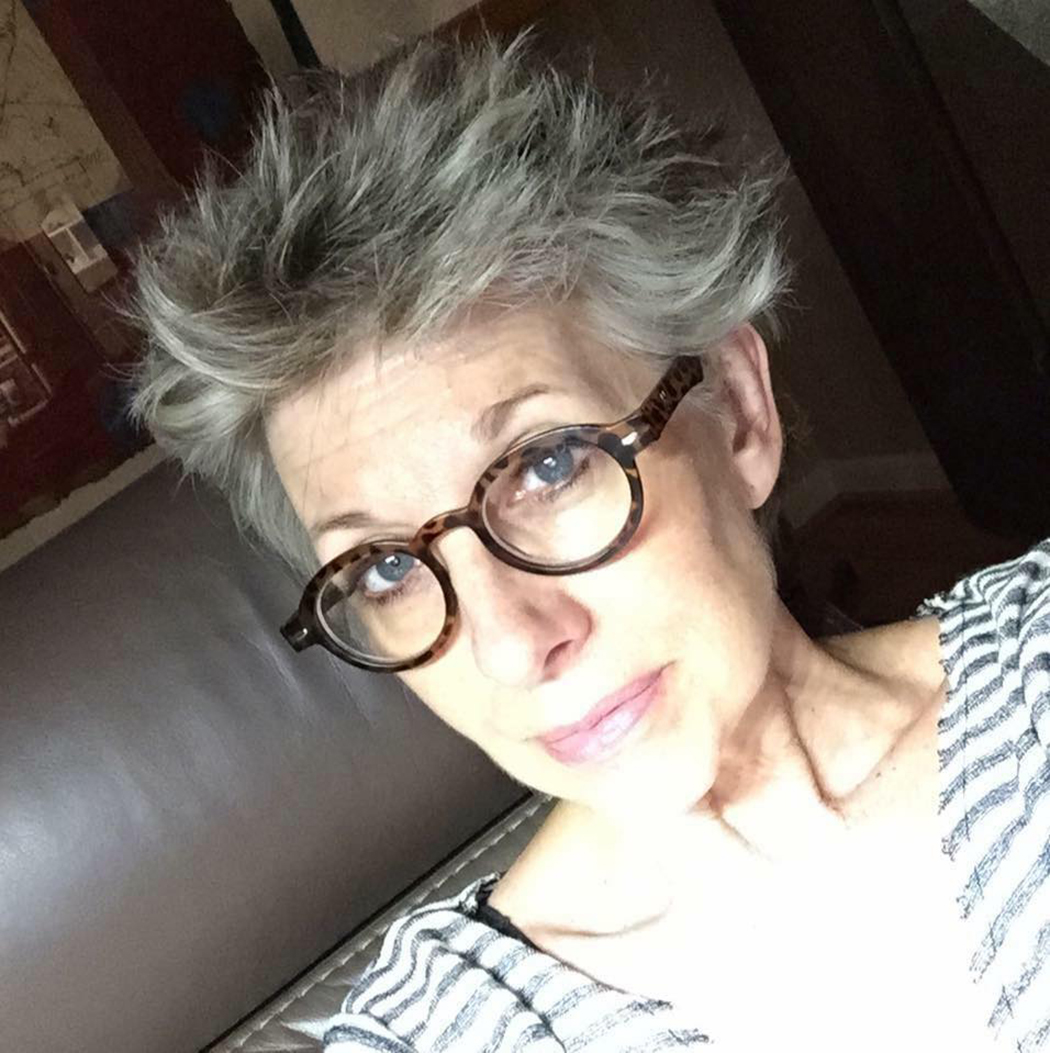 An award-winning director, Ms. Evans has been internationally praised for “a flawless sense of timing” (Opera News), with work that is “genuine gripping drama” (Opera Now). Her production of La Viuda Alegre for the legendary Teatro Colón was named in the top three operas of the entire Argentinian season. Known for incisive story-telling, she wrote the libretto, and directed Wisdom of Stone, for OperaVision Europe https://operavision.eu/en/library/performances/digital-opera/opera-harmony-2deg during the lockdown of 2020.

Ms. Evans performance career includes vocal studies at the Wisconsin Conservatory of Music, an MFA in classical acting/directing, with tours both national and international. She has danced with the Wisconsin Ballet, sung with the Dallas Symphony, done national voice-overs, and appeared in both film and episodic television. This combination of talent and experience illustrates why her directorial style includes the integration of musical intent, dramatic truth and the physical life of performers.

Previously on the theatre/music faculty of Southern Methodist University, she is committed to working with young artists. She has lectured and directed at Yale, Carnegie Mellon, Indiana University, Oberlin in Italy, La Musica Lirica, Taos Opera Institute and Seagle Colony. 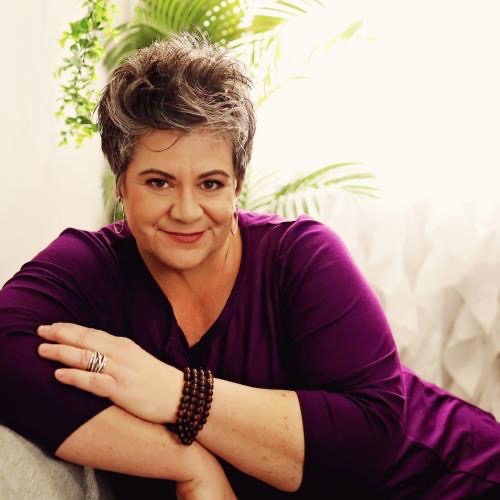 Before the pandemic, American mezzo-soprano Jill Grove returned to both the Metropolitan Opera and the Lyric Opera of Chicago as the Governess in Pique Dame, joined Minnesota Opera for Klytaemnestra in Elektra, and was scheduled at the Metropolitan Opera for their production of Káťa Kabanova before the pandemic shut everything down.  Last season she sang the Fortune Teller in Arabella and Mamma Lucia in Cavalleria Rusticana with San Francisco Opera, 1st Maid in Elektra with Canadian Opera Company, and returned to the Metropolitan Opera for their productions of Götterdämmerung and Dialogues des Carmélites. She also joined the Calgary Philharmonic for performances of Verdi’s Requiem.  Jill will make her Arizona Opera debut in the winter of 2022 in their production of A Little Night Music.

The mezzo’s other recent performances include; Klytaemnestra in Elektra with Michigan Opera Theatre; Auntie in Peter Grimes with Canadian Opera Company; Ježibaba in Rusalka and First Maid in Elektra with Houston Grand Opera; Buryja in Jenůfa, and Madelon in Andrea Chenier at San Francisco Opera; Dame Quickly in Falstaff, Muschel in Die ägyptische Helena, Florence Pike in Albert Herring, Ursule in Béatrice et Bénédict, and Antonia’s Mother in Les contes d’Hoffmann with Santa Fe Opera; Erda in Siegfried, Nutrice in L’Incoronazione di Poppea, and Zita in Gianni Schicchi at Los Angeles Opera; Baba the Turk in The Rake’s Progress with Pittsburgh Opera and Utah Opera; Amneris in Aida in previous performances with Canadian Opera Company, San Diego Opera and Lyric Opera of Chicago.. In Europe, Ms. Grove has performed the role of Haushälterin in Die schweigsame Frau with Théâtre du Châtelet; Ulrica in Un ballo in maschera with Welsh National Opera and Teatro Carlo Felice; and Erda in Siegfried and the First Norn in Götterdämmerung with the Bayerische Staatsoper in Munich under the baton of Kent Nagano.